HomeMaritimeBlog: IMO 2021 reinforces the need for a change of mindset on IT at sea (part 1) 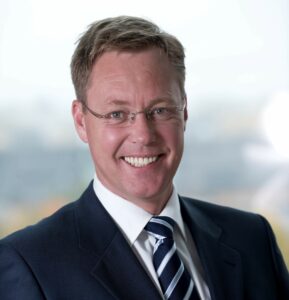 As the implementation date of IMO 2021 draws near, it is clear that we must rethink our attitudes to the technology that will drive digitalisation and enable decarbonisation.

The maritime industry is going through a period of unprecedented change and disturbance, with digitalisation and decarbonisation impacting the future of the industry at an increasing pace.
The regulatory agenda is another driver of change, demanding a far higher level of IT compliance and disclosure, whether ships have a basic network or complex ship-wide systems.

Just as all shipowners that want to maintain their competitive position and improve efficiency need a plan for digitalisation and sustainability, they will need one for cyber compliance too.

Shipping is experiencing the rapid adoption of digital tools and services for understandable reasons – any technology that promises greater efficiency and reduced costs will gain traction – but challenges must also be faced.

The first is that digitalisation demands full commitment. Rather than treating business units or assets as discrete elements it demands that companies undergo a top to bottom transformation, so that ‘the business’ and its business model is enabled by common digital tools, processes and services.

Research conducted for Marlink found that large parts of the maritime industry consider themselves ‘digital-ready’. More than two-thirds of companies said this included a clear and established strategy for satellite communications and IT solutions. 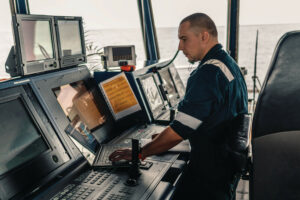 However, whilst these companies agreed they are ‘digital-ready’ only 30% of them believe they were well-advanced in progress with their digital transformation strategies. In other industry sectors where digitalisation is taking place, the figure is closer to 60%.

The second issue is sustainability. A digital business should be a much more efficient business, but it will also have to meet increasingly stringent regulation and performance improvements to satisfy charterer and consumer demands.

In the short term this has meant increasing efficiency to reduce emissions and save cost; in the long term it will mean adopting new performance technologies and fuels, not all of which are yet available.

The third driver, Cyber security, continues to be an issue of concern within the industry, despite progress in raising awareness of the risks, from the chief executive to the chief mate. It was not long ago that IT departments were lobbying for the resources to build a cyber-secure business infrastructure based on expected threat rather than experience.

A series of cyber-attacks and hacks changed all that, not least that the world’s largest shipping company could have its operations all but halted, as collateral damage to a cyber-attack aimed elsewhere.

The relentless need to reduce costs and remain competitive has overturned the recurrent perception that the maritime industry is slow in adopting innovations and new technologies. While this may not always have been the case in the past, it appears digital technology has been adopted by large parts of the industry, but the scope and degree of sophistication vary significantly.

The first building block is connectivity, which has become ubiquitous far beyond the required minimums, with market dynamics increasing choice of services and driving down costs for end users. Options are increasingly wide and blended from VSAT through L-band to 4G, with sophisticated connectivity supporting cloud storage approaching applications like ‘edge computing’ with data processing happening onboard.

Close to half of the shipowners and managers polled by Marlink ranked new and better ship to shore connectivity as the most valuable technology, with the second most valuable identified as standardised networks and IT infrastructure onboard ship. Overall integration of systems and ship-shore equipment was ranked as the third most valuable.

The second is accurate and timely data. A decade ago, owners were scratching their heads at uses for IoT functionality until it became obvious that it could extend beyond high value cargoes to vessel components, even the hull and main propulsion systems, providing data and information on operating status and condition.

Low cost and higher value data has not just increased transparency for all concerned; owners and charterers alike quickly realised that having more data on the voyage itself can drive down voyage costs and incentivise the reduction of pollution and greenhouse gas emissions.

Lastly, the need to improve efficiency – against a still volatile fuel oil price curve – has seen the range and scope of voyage management applications increase exponentially.

From the back of any reasonably modern ship’s bridge it is possible to actively improve vessel routing to avoid weather or risk areas, more accurately schedule passage and arrivals, download navigation chart data as well as receive safety updates; all without touching the regulated front of bridge network.

Read Part 2 of this blog here