What are NGSOs and what do LEO and MEO mean for remote connectivity?

NGSOs and the fast-evolving world of communications 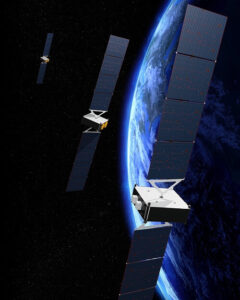 Satellite and terrestrial communications are in a period of rapid change and there’s certainly a great deal of buzz around NGSOs – non-geostationary orbits – and what they mean for companies with remote operations.

A promise of faster throughput, lower latency and potentially cheaper connectivity is an exciting prospect for users, but are we really on the precipice of a new era in satellite technology and what kind of services will be delivered and when?

In this blog, we examine the potential of NGSOs and ‘New Space’ systems.

For decades, satellite communications have been largely enabled by Geostationary (GEO) technology, which are satellites in circular, geosynchronous orbit at an altitude of approximately 35,800 km (22,200 miles) above the equator and following the direction of the Earth’s rotation. GEO satellites are used for various services, including telecommunications, TV broadcasts and weather monitoring. Due to the high altitude, GEO satellites tend to have higher latency and less spatial resolution – in other words, prone to delays in transmission and less able to measure small objects on Earth. 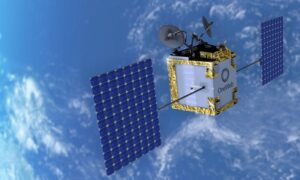 An NGSO-based system is capable of providing reduced latency, but the latency users will experience depends on a combination of factors.

In certain locations, typically at stationary points close to a gateway, throughput performance could be significantly improved, but this will not be the case all the time for all users. It is most likely an integration of solutions within a network that will offer users an optimum experience – combining tried-and-tested GEO services with new LEO and MEO solutions to provide the coverage and bandwidth that users need, depending where they are and what their operations demand.

When will NGSO services be widely available?

Most NGSO constellations are not yet ready for commercial availability in the maritime and enterprise satellite markets. Test services are increasing, and some already offer a limited service that is based on a first-generation antenna and a price that reflects that the service is not yet fully available. Some early adopters are testing services, but these will be ‘best effort’ services until officially launched. As this process continues, the likelihood is that Marlink will be able to provide some test services to interested customers to gain their feedback.

Will NGSO services be compatible with the applications I use?

As a source of connectivity, NGSO services will provide a network service just like any other satellite systems and users should be able to route that signal into their networks and use their operational applications just as they do now. Some services may initially offer regional coverage rather than the critical global connectivity many operators require. A major difference will be that using NGSO will require second sets of hardware and software alongside those used by VSAT. The degree of interoperability between NGSO and GEO services will depend on your service provider’s ability to integrate NGSO services into a hybrid network.

Will NGSO services have a lower cost for users?

While there is the potential for NGSO services to be lower-priced than traditional GEO services, the actual cost to users remains to be seen. Many investors are backing new NGSO constellations and it’s true that the cost of launching such systems is falling, partly driven by the possibility to re-use launch vehicles and other technology developments in space and on the ground. The satellites themselves are also much smaller in size and cost compared to their traditional counterparts.

With numerous challengers entering the communications marketplace, how many projects remain financially viable and succeed for the long-term is also impossible to predict.

However fast this evolution occurs, there is little doubt that NGSO services will change the communications landscape for remote operations. They will further drive digital enablement and may be transformational in terms of the scope they provide to adopt more advanced, data-driven technologies on land and at sea.

Click here to find out more about Marlink’s Smart Network Solutions, which include the integration of NGSO services.